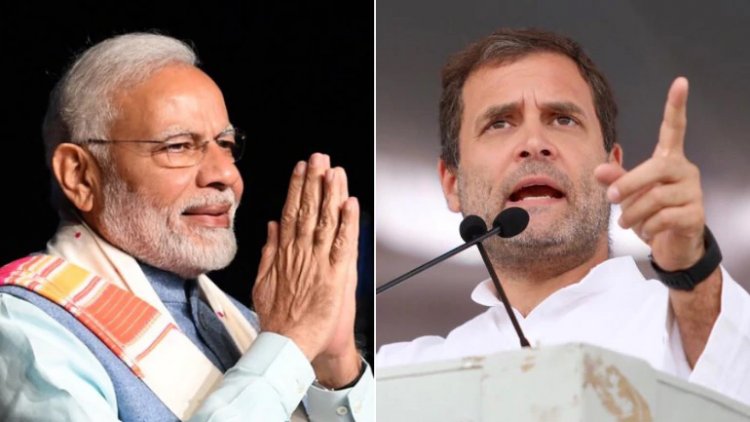 The Congress, writes Chanakya (analyst with the Hindustan Times) “is in crisis and this crisis has four distinct elements — of leadership, of effective messaging to take on the Narendra Modi-led Bharatiya Janata Party (BJP), of organisation, and of social coalition.”

Extent of the crisis

Since 2019,  the party, “in the second consecutive Lok Sabha election, lost dismally, winning just 52 seats. The party managed to squeeze into government in Maharashtra and Jharkhand as part of a coalition. But it failed to win Haryana; it came a poor and distant third in Delhi, decisively losing its support base to the Aam Aadmi Party (AAP) yet again; it lost power in Madhya Pradesh and just about survived in Rajasthan; it dragged down the Mahagatbandhan in Bihar; it has fared dismally in Hyderabad’s local elections even as the BJP made impressive strides; it lost the local polls in Kerala to the Left Front; and its performance was below par for a ruling party in Rajasthan’s local polls.

“In the polls scheduled for 2021, the Congress stares at the possibility of coming fourth in West Bengal; it is facing a tough challenge in Assam where the incumbent BJP, despite the concerns over the Citizenship (Amendment) Act and a flawed National Register of Citizens (NRC), retains the edge; it has a chance at coming to power in Tamil Nadu, but only as a junior ally of the Dravida Munnetra Kazhagam; and its best prospects of returning to power in a state — Kerala — have dimmed if the local polls are any indication. Therefore, it is entirely possible that between April 2019 and December 2021, the Congress would have failed to win any state election on its own.”

Status quo is thus,  untenable. Change is inevitable and it must be radical to be effective.

Question of leadership: “The first is the question of leadership.” Sonia Gandhi is president, but “real power is being exercised by Rahul Gandhi, who is, however, unwilling to take charge formally. There is a simple way out here. Either the Nehru-Gandhi family takes full control or it lets go and allows a genuinely competitive electoral process to throw up a new leader.”

If Rahul Gandhi does take over again, it will help bring back some clear authority in the party,” but “he does not evoke the faith and trust of India’s electorate, especially when pitted against Narendra Modi in increasingly presidential-style elections……” And “if the family does step away, the question is who takes over, whether this new leader will be able to hold the organisation together, and whether the new leader will be allowed to operate autonomously or will continue to work under the shadow of the family. Either way, a decision on both party leadership and the projection of a face for 2024 elections cannot be postponed anymore.”

“If it keeps quiet on Modi, it gives the PM a free run, but if it criticises him, without being able to offer an alternative leader with the same credibility, it only reinforces his dominance. If it keeps quiet on the manner nationalism is now defined, it cedes the nationalist space to the BJP but if it criticises it, it opens itself to allegations of undermining national interest. If it stays quiet on Hindutva, it bolsters the BJP’s credentials with the majority, but if it criticises it, it comes across as ‘appeasing’ minorities. This leaves it only with the economy (and how it is managed) card — but this is just one element in a complex set of factors which motivates voters…..”

Question of organisation: The third question is of organisation. The party’s loose structure, where it lacks a dedicated cadre, says Chanakya “is incapable of taking on what is clearly the most formidable organisational machinery that India has ever seen…..” It  just cannot match the BJP. “Its ability to motivate people to join the party in large numbers, forsaking immediate dividends is limited; its ability to retain talent is even more limited since workers see little incentive in being with a party with no winning prospects; and since it is not seen as a winning horse, the ability to collect resources also diminishes. The fact that the party organisation is almost non-existent in three states which send 162 seats to Parliament - Uttar Pradesh, West Bengal and Bihar — erodes its standing even further.”

Question of lack of social base: And the final question is of its social base. “The BJP is India’s Dalit party today — winning the highest number of reserved seats; it is India’s Other Backward Classes (OBC) party too……..it is also clearly India’s upper caste party, catalysing an unprecedented consolidation of dominant communities.

“The Congress, for its part, no longer enjoys the support of upper castes; it is bereft of OBC support except in pockets…….it is competing for the Dalit vote with regional parties and the BJP; and wherever Muslims find an alternative, the community drifts away from the Congress.”

However, the Congress won 120 million votes in 2019, and, therefore, it cannot be underestimated, but its social coalition has shrunk and it lacks a core vote in key states.”

The problem with the Congress party, is that even in its present state, it is faction-ridden and intrigues-infested. There are more voices inside the Congress despite the dominance of the Nehru-Gandhis, with its camp followers in tow, writes Parsa Venkateshwar Rao Jr (freelance journalist and Political Editor, Parliamentarian).  The recent meeting convened by party president Sonia Gandhi, which included Rahul Gandhi and Priyanka Gandhi Vadra and the 23 “dissenters” who dared to raise doubts about the party’s leadership held on 20 December seems to have been a “cloak and dagger affair”.

While family loyalists wanted Rahul Gandhi to become party president once again,  dissidents wanted a discussion. Rahul Gandhi deflected the question, saying that the meeting was not convened to discuss who will be president but to strengthen the party. He also clarified that he had nothing against the seniors in the party as it was made out. Priyanka Gandhi Vadra said there was a real need to take to the streets and that just submitting memorandums would not suffice. There was an assurance from the Gandhis that the process of organisational elections was on.

Outstanding issues remain unaddressed: At the end of the day, writes Rao Jr “there was no clarity on whether peace was made with the dissidents who wrote the letter or whether they have been left high and dry with vague assurances that the Gandhis recognise their importance.

“This has always been the way of the Congress, in the party as well as in the days when it was in power, not to face up to problems or to solve them. The issues are left unaddressed…….An aggressive BJP is not marginalising the Congress as much as the Congress is busy making itself irrelevant.”

Interestingly, writes Rao Jr “neither the Gandhis’ camp nor the dissidents have any clear idea of how to oppose the BJP, either on the issue of Hindu communalism or that of managing the economy. Rahul Gandhi has instinctively embraced old-fashioned and discredited secularism, and socialism, which was what was abandoned by Rajiv Gandhi……..And in a certain sense, Rahul Gandhi might be right -- that the only way to fight the BJP’s Hindu majoritarianism is to stick to one’s secularism stance with conviction. But the critics of Congress, including religious minorities, are not convinced that the Congress is standing up for secularism with enough conviction.

“…….There is no one in the Congress and in the liberal intelligentsia outside to forge a plank which will win over ordinary Hindus who are religious, and tell them that Hindutva is anti-Hindu, which it is. The new rationale of secularism should be formulated as defending the rights of religious minorities along with the majority’s religious rights. The party is indeed moving in this direction, but there is no one really of any standing to articulate this calibrated stance.

“The real crisis in the Congress is that of the party’s second- and third-rung leaders depending on the Gandhis to win elections for them in the way they used to, and to sing praises of the Gandhis as their saviours. The Gandhis are now unable to deliver electoral victories………”

Problem is with the ‘first family’

The tragedy, writes Ruhi Tewari (Associate Editor for ThePrint) “is that  the Congress refuses to even discuss the issue that needs fixing before anything else — a leadership change away from the Gandhi family. The Congress is trying to solve the problem with the problem itself……The biggest crisis facing the Congress at this point is a weak, directionless, disinterested and largely disconnected top command………”

Even with good intentions, “Rahul is erratic and often lackadaisical, surrounded and advised  by those who barely understand the twists and turns of Indian politics.

A lot rested on Priyanka Gandhi Vadra’s ‘formal’ entry into politics, but unfortunately for the Congress, that turned out to be a damp squib as well.” And “with Sonia Gandhi past her political prime and with her health not always on her side, the baton must pass on. The problem in the Congress is not the lack of leaders — its performance in states, whether Rajasthan or Madhya Pradesh, Chhattisgarh, Haryana and others, is adequate proof of that. The problem is the inability to look beyond the first family.”

Farmers and Government, Both Firm