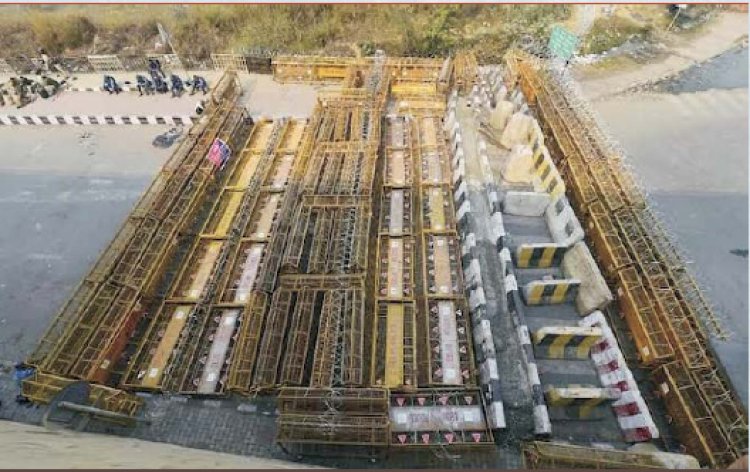 The Narendra Modi government and the BJP have not taken kindly to the criticism of the farmers’ agitation by international celebrities. While the government has wondered why the protests by a “very small section” of farmers has been noted by outsiders, the party’s spokespersons have mocked both Rahul Gandhi and Rihanna, one of the famed critics, of knowing nothing about farming and wouldn’t know what are the ravi and kharif crops, which are harvested in winter and summer, respectively. Some of them have suspected an international conspiracy to defame the government in tandem with Pakistan and China.

What these reactions show, if anything, is how they have touched a raw nerve in the ruling establishment. This is not the first time that the government has been upset by external censure of its policies. On Kashmir and the citizenship laws, too, it was olfended by such condemnation which it thought was both unwarranted and ill-informed and made by those who had no locus standi in the matter. In fact, external affairs minister S. Jaishankar was so annoyed by what a US Congresswoman of Indian origin, Pramilla Jaypal, had said about Kashmir that he cancelled a meeting where she was expected to be present.

Now that US vice-president Kamala Harris’s neice, Meena, has joined the other famous personalities in extending support to the far mers, it remains to be seen how the external affairs ministry reacts to the supposedly unwarranted stand. However, the government may be partly mollified by the US State Department’s support for the laws in India which called for private investment in agriculture although the American agency has also favoured a dialogue between the Indian government and the farmers.

What these developments show is how the government’s inability to pacify the farmers is having a snow-balling effect with the world expressing unease over the continuation of the agitation for more than two months. To make matters worse, the putting up multiple layers of barricades at the border points where the farmers have gathered, including the planting of spikes on the roads to deflate the tyres of the tractors in case the farmers tried to drive into Delhi, has transformed the areas where the police faced the protesters into a warzone. As some observers have pointed out, it is as if the government is dealing with an enemy state.

The official precautionary measures have been explained by a desire to prevent the kind of outrageous incidents which occurred in the national capital on Republic Day when groups of farmers entered the city with their tractors and virtually ran amok. One of them even climbed the ramparts of the Red Fort and hoisted a Khalsa flag of the Sikh community next to the Indian tricolour. But, even if the government’s objective is understandable, the use of concrete blocks to block the entry of the farmers into Delhi can seem somewhat excessive even if they are intended to preclude the need for the police to open fire, apart from using tear gas, water cannons and baton charges, in case the farmers break through.

However, the heavy fortifications to protest Delhi against what has been officially described as a “very small section” of farmers are unlikely to look good on international television screens. Nor do the occasional branding of the agitators as anti-national elements and even terrorists, as a particularly fiery member of the twitterati, who is an avid supporter of the government, has done. Clearly, both the inflammatory denunciations and extra-strong defensive measures are not good advertisements for a government in a democracy which allows popular protests. Little wonder that Rahul Gandhi has said that the government’s reputation has taken a massive hit.

The government’s counter-measures, too, to limit the impact of what the international celebrities have said by seemingly encouraging well-known Indian film stars, singers and sports personalities to speak out in the government’s favour are unlikely to be successful outside India and the Indian diaspora since their fame cannot compare with that of Rihanna and Greta Thunberg. The government would appear, therefore, to be trying to convince its own citizens about the rightness of its cause rather than the ouside world.

One reason why the illustrious people outside India have woken up to what is happening in the world’s largest democracy is that the farmers’ agitation has been continuing for far too long to escape attention. Moreover, with no end to their protests in sight, it was inevitable their plight of squatting out in the open during winter has evoked sympathy and support. The cutting off of water connections and electric supply along with the suspension of the Internet have also tarnished the government’s reputation.

It is also undeniable that the farmers’ stir has come close on the heels of the earlier sit-in demonstrations against the citizenship laws which also involved the blocking of highways. Those were by Muslims, mostly women, while the present one is by Sikhs. That both are minority communities who are under stress in a country which is run by a ruling party which is not chary of proclaiming its Hindu credentials cannot be ignored.

It goes without saying that the protests have energized the otherwise moribund opposition. Earlier, the farmers wanted the politicians to stay away lest they fired their partisan guns from the shoulders of the protesters. But the latter have dropped their reservations after two-and-a-half months of “struggle” and the politicians have wasted no time to jump on to the bandwagon, much to the BJP’s distress. For the ruling party, the relatively good work that it has done to contain the Covid-19 outbreak has been sidelined by the farmers securing international attention.

The Republic Under Stress

The Politics and Economics of The Union Budget 2021-22