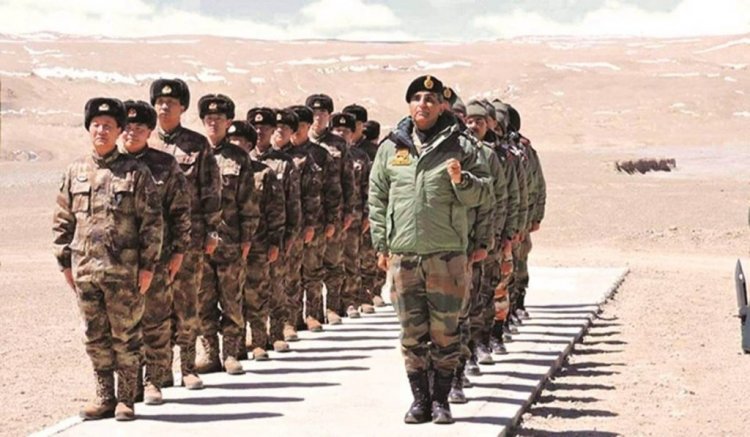 Although there are doubting Thomases, notably the Congress and the Shiv Sena, who have questions about the government’s claim about the disengagement involving the Indian and Chinese troops in Ladakh, it appears that both the countries have agreed to take a step back in the region.

However, since the withdrawals include the establishment of buffer zones and no-man’s lands, the doubters have interpreted the retreats as concessions involving Indian territory. Not surprisingly, the government has vehemently denied such charges and put out pictures of Chinese tanks and artillery leaving the battle field. But unless there are definite indications of a return to the status quo ante of more than nine months ago, misgivings will remain on the actual situation on the icy, uninhabited heights.

The idea of no-man’s lands is unacceptable to some since it means that the Indians will not be patrolling these areas to check whether any infiltration is taking place. The Chinese, too, have promised not to undertake any tour of duty in those areas. But given the trust deficit vis-à-vis the Chinese on the Indian side, there will always be the suspicion that the Chinese may surreptitiously indulge in their favourite pastime of nibbling at Indian territory.

It is the distrust of Chinese intentions which led to the Galwan incident where 20 Indian soldiers were killed when an officer went to check whether the Chinese had kept their word about pulling back. Arguably, it is the belief on the Indian side that the Chinese do not always tell the truth which explains why it took nine rounds of talks between the military commanders to come to an understanding about the disengagement. In any event, the latest agreement is obviously tentative in nature with scope for changes in future.

The misgivings about the Chinese objectives will also remain because of the continuing large-scale build-up of infrastructure by the Chinese in Tibet which poses a threat to India in Arunachal Pradesh. It is of no help to the overall cause for the reduction of tension if the de-acceleration in the northern sector is accompanied by the shifting of Chinese attention to the eastern.

The situation in this sector has been complicated by the coup in Myanmar which means that the earlier cooperation between the Indian and Myanmar armies to nab the anti-Indian insurgents operating from inside Myanmar may be hampered by the criticism of the coup by the Indian media. The Chinese, on the other hand, are bound to edge closer to the Myanmar army with their support for the military takeover of the country.

Given India’s uncertain relations with China, it is imperative on New Delhi’s part to maintain cordial ties with neighbours like Myanmar, Bangladesh and Nepal lest they are seduced by China. But while the ties with Bangladesh have been affected by the description of the illegal Bangladeshi immigrants as “termites” by the Indian authorities, the relations with Nepal had been undermined by the suspected Chinese manipulation via its ambassador in Kathmandu of Nepal’s communist prime minister, Khadga Prasad Sharma Oli.

After Oli’s ouster in a palace coup involving other communist leaders, notably Pushpa Kamal Dahal aka Prachanda, the India-Nepal relations were on the mend. But an injudicious statement by Tripura’s BJP chief minister, Biplab Deb, that India’s combative Home Minister, Amit Shah, was toying with the idea of installing BJP “governments” in Nepal and Sri Lanka (!) has angered the Nepalese all over again.

Whether it is China or the other neighbouring countries, including Pakistan, the Narendra Modi government’s policies have lacked consistency. In the case of China, the apparent bonhomie between Modi and President Xi Jinping symbolized by the Wuhan spirit has gone up in smoke.

It is the same with Pakistan where Modi paid a sudden flying visit to Lahore in 2015 in the wake of inviting the then Pakistani prime minister, Nawaz Sharif, to his swearing-in ceremony in New Delhi in the previous year. But it didn’t take long after that for the relations to hit an all-time low.

At present, despite the thaw in the Sino-Indian ties, there is no certainty about how long it will last. Well-wishers on both sides will keep their fingers crossed, therefore, for quite some time. As an Indian general has said, the two countries were on the verge of war before better sense prevailed presumably because of the realization by China that its ambitious Belt and Road Initiative, the modern-day Silk route, will suffer an irreversible setback if a war break out between the two nuclear powers.

Ultimately, it is economic considerations which negate territorial ambitions. Unlike the past when territorial subjugation was seen as the pathway to economic aggrandizement, as in the case of the British East India Company’s piecemeal acquisition of India in the 17th, 18th and 19th centuries, trade is now regarded as the best means of advancing a country’s interests.

China, therefore, may well desist from a policy of invasion and occupation. Even in 1962, it withdrew after seizing large chunks of Indian territory just as it did in Vietnam in 1979. In all likelihood, China will resort to muscle flexing and making threatening noises like telling its army to put all their “minds and energy to prepare for war” to scare neighbours like Taiwan, the Philippines and Vietnam.

But, in reality, it is unlikely to do anything more than move tanks and artillery into forward positions, as it did in Ladakh, and then pull back in the face of stout resistance. What China gains or loses from such apparently futile gestures is for it to judge. For the rest of the world, these theatrics will seem like the fulminations of a paper dragon.

Bumpy Road to Peace in Afghanistan