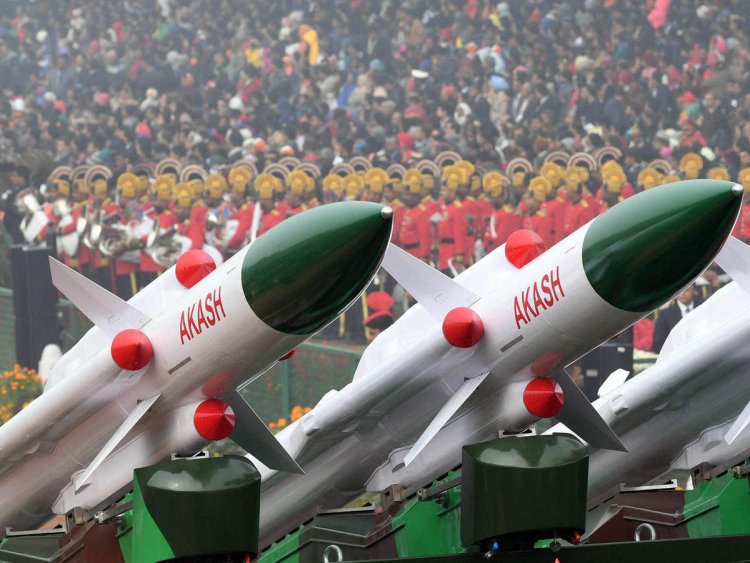 Targeting a $5 billion defence exports by 2025, India on Dec. 30 approved the export of its indigenous Akash air defence missile systems to friendly nations, in an indication of its growing confidence in its aerospace and defence manufacturing industry.

Under the Atmanirbhar Bharat initiative, India is growing in its capabilities of manufacturing wide variety of defence platforms and missiles. Akash is country's important missile with over 96 percent indigenisation. Akash is a surface-to-air missile with a range of 25 km.

The missile was inducted in 2014 in the Indian Air Force and in 2015 in the Indian Army. After its induction in the Indian armed forces, many friendly foreign countries have shown interest in the Akash missile during international exhibitions, DefExpo, and AeroIndia.

"The Cabinet approval will facilitate Indian manufactures to participate in Request for Information and Request for Proposal issued by various countries," a Ministry of Defence statement said.

So far, Indian defence exports included parts and components. The export of big platforms was minimal. This initiative of the cabinet would help the country to improve its defence products and make them globally competitive.

"The export version of Akash will be different from system currently deployed with Indian armed forces," the statement said. Besides Akash, there is interest coming in for other major platforms like coastal surveillance system, radars and air platforms.

"To provide faster approvals for export of such platforms, a committee comprising of Minister of Defence, Minister of External Affairs, and National Security Advisor has been created," the statement said.