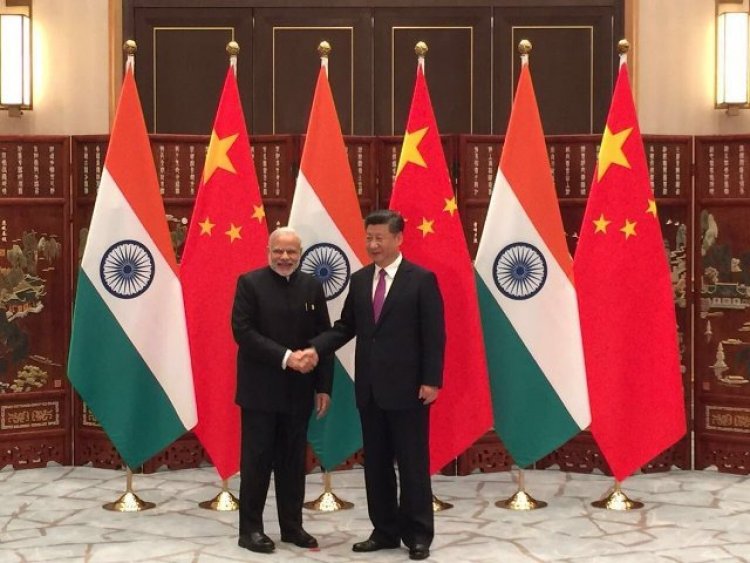 Even as the world struggles with the Covid-19 pandemic, China’s is marching ahead aggressively in all spheres. Harsh V. Pant (Director, Studies at the Observer Research Foundation (ORF) and Professor at King’s College London) and  Kalpit A. Mankikar (Fellow with Strategic Studies Programme, ORF) identify many manifestations of this.

In the foreign policy domain China  “took on Taiwan, challenged India along the Himalayan frontier, escalated tensions in the South and East China Seas, bullied European nations, and flexed its trade muscles vis-à-vis Australia. At a time when global multilateralism has been facing serious challenges, China’s manipulation of institutions like the World Health Organization has led to an even greater sense of disenchantment with the multilateral order.”

‘Wolf Warrior’ approach: China is implementing in real life, the ‘Wolf Warrior’ movie series, in which the Chinese assume the onerous responsibility of ‘saving the world’. “Mr. Xi has repeatedly highlighted the need for developing a ‘fighting spirit’ to breach the hurdles facing China. On a state visit to Nepal, Mr. Xi warned that a bid to divide China would end in ‘smashed bodies and bones ground to powder’.

Clamping down on dissent

The two authors note “a clean-up even among the Party’s own ranks. Cai Xia, a former professor at the Communist Party’s Central Party School that grooms its top leadership, was expelled in August for calling President Xi Jinping a ‘mafia boss’. Ms. Cai, who has been a champion of political reform, is living abroad. Another comrade, Ren Zhiqiang, who obliquely criticised Mr. Xi’s management of the pandemic, received an 18-year jail sentence on bribery charges. Mr. Ren’s father had served as one of Mao Zedong’s vice-ministers; Ms. Cai’s parents had taken part in the 1949 Communist Revolution. Financial czar Jack Ma was left red-faced after his Ant Group’s $37 billion IPO was grounded ahead of its debut in November. China’s second-richest man had earlier slammed financial regulators at a conclave of bankers…..”

Domestic led growth instead of export led: Instead of  an exports-led growth strategy, China is  making “domestic consumption a bigger engine of growth, while also relying on international circulation. Mr. Xi announced at the Asia-Pacific Economic Cooperation summit this year that the new policy will come into effect from 2021.

China’s vulnerabilities and challenges it poses to the global order

Basically, the more pushback Xi faces globally in the form Trump and other European countries, “the more aggressive his domestic and foreign policy agenda is likely to become……Today’s China aspires to be a global power but bristles at criticism, domestic or foreign. Many in China may see this year as one in which the country came into its own as a power dictating the global agenda, but for many around the world, this is also the year when China’s vulnerabilities, as well the challenges it poses to the global order, became all too apparent.”

Even more significant is the 5G game that China is playing.  Chinese companies, writes Pannu  (former Deputy Chief of Integrated Defence Staff and a distinguished fellow of USI) “have made huge investments across the world to spread a 5G network that will encompass the planet — a ‘digital encirclement of the world’. Combined with the BRI (Belt and Road Initiative), this encirclement would be complete. Intrinsic to the BRI is the fact that Chinese companies will build the digital infrastructure. Militaries who do not have indigenous 5G capabilities for IOT (Internet of Things) platforms and who allow Chinese 5G, could then become hostage to Chinese technology, as seen during the pandemic. The CPEC (China-Pakistan Economic Corridor) is a clear example of how easy it is to encircle a country. Pakistan is today a virtual vassal state of China.”

Another example is Nepal.   “The recent news of China and Nepal agreeing to increase the height of Mount Everest by three metres may look insignificant. But a deeper analysis reveals that it could lead to an invasion by Chinese 5G technology. Such capability has the ability to control Nepal’s mountaineering and tourism industry. The launch of 5G in Nepal would mean that Nepal’s business interests could pass into Chinese control. Real-time information on weather, routes, map/terrain details, logistics and rescue programmes, etc, could be based on Chinese 5G, thus making locals or visitors to Nepal dependent on it. China is also a major stakeholder in Mount Everest since it lies on their common border. A related development of infrastructure along the borders, where most mountaineering sites are, could make Nepal’s borders vulnerable and damage its tourism industry. With lower incomes, the tourism industry might get lured into Chinese cheap loans, leading to a strategic debt trap. The ramifications of such developments for India can only be imagined.”

The good news: The good news is that India is working on technologies that would enable it to launch Indigenous 5G that would run IOT platforms for civilian as well as military applications. The banning of Chinese apps and blocking of hardware supply chains would be the correct counteroffensive to protect the business and security interests of the country. The problem is India being poor in ‘implementation’.”