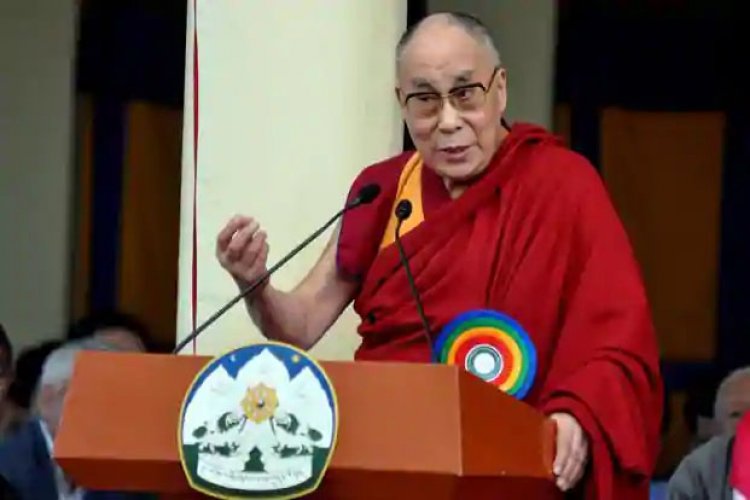 America’s Tibetan Policy and Support Act (TPSA), which became law recently, highlights Tibet’s geostrategic importance, including as the source of Asia’s great rivers. Passed with bipartisan support, TPSA establishes a US policy that the selection of Tibetan religious leaders, including the Dalai Lama’s successor, is a decision to be made only by Tibetans, free from Beijing’s interference. It mandates sanctions against Chinese officials interfering in such processes.

The new law, writes Brahma Chellaney, geostrategist,  should  serve as a wake-up call for India to start reclaiming its leverage on Tibet.  The disputed areas in Ladakh are claimed by China on ground that they were historically part of Tibet.

“Tibet is clearly at the centre of the China-India divide. And TPSA holds special significance for India, which gave refuge to the Dalai Lama and his followers, helped preserve the Tibetan language and culture, and kept the spirit of Tibetan independence alive. The Indo-Tibetan border was largely peaceful throughout history until China occupied the buffer Tibet in 1951, imposing itself as India’s neighbour and then waging war 11 years later……..

“Today, China is claiming Indian areas on the basis not of any Han Chinese connection to them but alleged Tibetan ecclesial or tutelary links. Simply put, China’s territorial claims in Ladakh, Uttarakhand, Sikkim and Arunachal Pradesh are based on its claim over Tibet, which India, paradoxically, has acknowledged.”

China, writes Chellaney, has been quoting the 2003 agreement under which India formally ‘recognised’ the cartographically truncated Tibet that Beijing calls the Tibet Autonomous Region as “part of the territory of the People’s Republic of China.” This recognition allowed China to advance its “salami slicing” strategy against India, including labelling Arunachal Pradesh as “South Tibet” and gradually increasing its incursions into Indian areas.

But, argues Chellaney,  that agreement has been nullified by China’s open violation of its key provisions, including that, “Neither side shall use or threaten to use force against the other.”  China has no legal standing to press India for compliance when its actions have knowingly gutted the accord, rendering it invalid in international law.

India, writes Chellaney  “must get its act together to help advance its interests. It should start referring to the Himalayan frontier by its correct historical term – the ‘Indo-Tibetan border’ – and emphasising that its acceptance of China’s claim over Tibet was predicated on Beijing’s assurance (which it has broken) to grant the plateau genuine autonomy. India could appoint a special emissary on Tibet by stating that, although Tibet has ceased to be a political buffer with China, it should become a political bridge between the two countries.

India - China: No Let Up in Chinese Aggressive Designs