Jammu and Kashmir: The Balm of Election 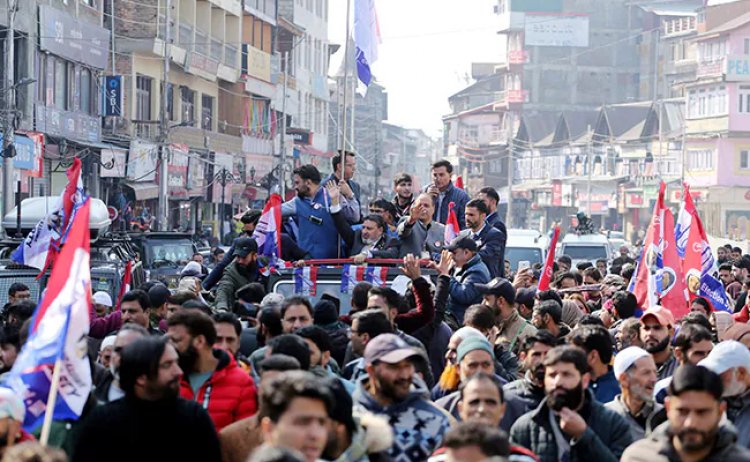 Even as Pakistan Prime Minister Shehbaz Sharif speaks of peace, at the UN,  Mohan Sabharwal (former Director General of J&K Police) and Manish Sabharwal (entrepreneur) note “his army intelligence reportedly approved a heavily-funded plan to disrupt next year’s J&K elections. This duplicity between words and deeds hasn’t changed in 35 years…..”

The prospect of J&K elections next year, the first under the Indian constitution,  is exciting. We underestimate, write the two authors  “that since 1990, Pakistan has exported one lakh handguns and AK-47s, misled one lakh youth, and hurt 75,000 families. As Foreign Minister Jaishankar told the UN, ‘no rhetoric, however sanctimonious, can ever cover up the blood stains’.”

Making a relevant point in understanding ‘Kashmiriyat’  (centuries-old indigenous tradition of communal harmony and religious syncretism in the Kashmir Valley), the authors write “Pakistan and Kashmir are hardly similar in monoclonal religiosity and gun violence. Kashmir’s Shaivism dates to 850, Hari Singh (Jammu and Kashmir’s last ruler) carried the title of ‘Tibetpadi’ (defender / ruler  of Tibet) , the first Christians arrived in 1854, Sheikh Abdullah’s great grandfather was a ‘Sapru’ (Kashmiri Pandit), there is a large peaceful Shia population, there was a large peaceful Pandit population, and most Sunnis are moderate Ahle-Aitquad (believers in saints and shrines). There were no gunshot deaths before 1987. Many Kashmiris participate in Zaba (the Bakra-Eid goat sacrifice) by touching the knives to their foreheads before turning their backs to the actual slaughter.” And  unlike in  Pakistan, there was no persecution of Ahmadiyyas,

Importantly, in the Kashmir context “election compromises, statehood restoration and new local politicians are the paths to peace. Some people ….. suggest the next J&K elections will fail because fear is holding back talented local candidates from forming new parties, forging coalitions, and forgetting the past. But we know too many fearless academics, doctors, lawyers, entrepreneurs, and civil servants in J&K to believe that is true……”