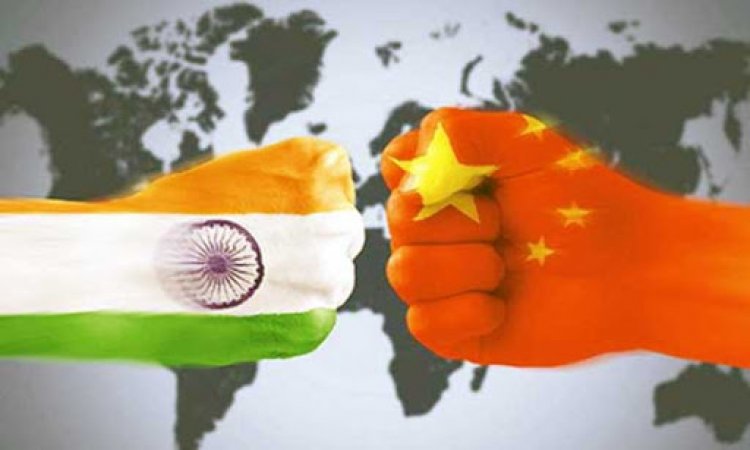 Lt. Gen. D.S. Hooda does not think a “two-front war is a prospect in the near future, but a two-front threat has become more real. Earlier, the military and political establishment felt that we could stave off any military action from China through political and diplomatic action…..” Now with Chinese actions in eastern Ladakh,  “the threat from China has become more real than it was in the past.”

India’s strengths and weaknesses:  In case there is a two-front conflict or threat, Lt. Gen. D.S. Hooda says “we will need to designate a primary and secondary theatre based on who presents the greater danger. We can’t have matching strengths on both the fronts. If the primary threat is from China………over the years, we have built extremely strong defences along the border. These high altitude areas are not easy for the People’s Liberation Army (PLA) to apply major force because of logistical and terrain constraints. The Air Force has a geographical advantage over the PLA Air Force and has also built a fairly strong strategic airlift capability. Our Navy has a significant edge over the PLA Navy in the Indian Ocean and there is pretty good maritime domain awareness.

“Having said that, there are also some weaknesses. China has a much greater military potential. And if they’re able to bring this military potential to bear, we could have a big challenge, even in the Indian Ocean. The PLA also has a technology edge in some very critical areas like ballistic missile, electronic warfare, cyber, air defence, etc., which are going to play a significant role in future warfare. And finally, despite all our efforts, there are shortfalls in infrastructure along the northern borders.”

Possible collusion in Siachen and in Depsang:  According to Lt. Gen. D.S. Hooda the  threat of collusion between China and Pakistan is real in Siachen and in Depsang.  “When we talk of Siachen, we are talking of the Saltoro ridge  with heights ranging from 18,000 ft to more than 20,000 ft. This is a geographical barrier that is not going to be easy to breach. We should not look at ‘collusivity’ of China and Pakistan purely in geographic terms but in strategic terms. Siachen is important but geographically it is very difficult to carry out major military operations there. Depsang is strategically important to us not just because it gives access to Siachen, but because it’s an area where we have the  DS-DBO road  which is a vital link to the northern areas of Ladakh and to the DBO airfield. The terrain in Depsang lends itself to fairly large mechanised manoeuvres. It’s an area where an attacking force has an advantage. When we are looking at resolving the current crisis and the focus is on the North  and South Bank of Pangong Tso, strategically Depsang is more important. Therefore, it must be a part of our disengagement process.”

CPEC as a major point of friction: Harsh V. Pant agrees the CPEC has “already emerged as a major variable in terms of how we define our relationship with both Pakistan and China…..And the more China feels vulnerable in the CPEC, the more open and explicit its policies have become vis-à-vis India. This has also allowed India to be more open about its policies with China. So, it’s not all negative. And if the CPEC is the fulcrum around which a China-Pakistan collusion is emerging or will emerge in the future, then India knows the challenge is emanating from a particular pressure point and needs to have countervailing mechanisms in place….”