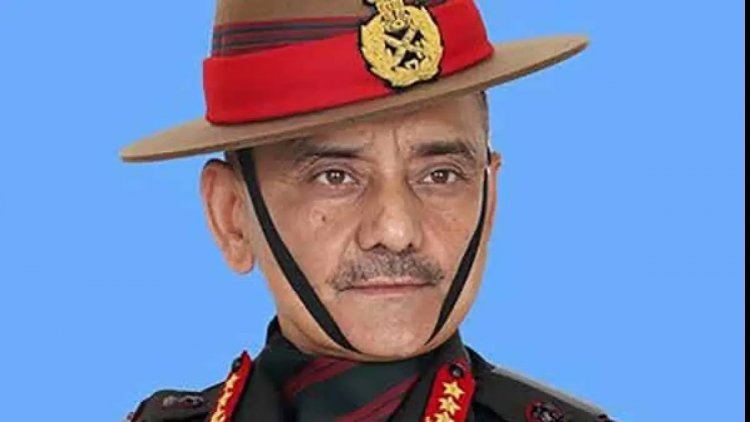 India on Sep. 28 appointed its former Eastern Army Commander Lt Gen. Anil Chauhan (Retd) as the next Chief of Defence Staff, the top military post that had been lying vacant since the untimely demise of General Bipin Rawat in a helicopter crash last December.

Gen. Chauhan, who will now be a four-star General and is senior to all current armed forces chiefs, will also function as secretary, Department of Military Affairs. The officer was presently serving as Military Advisor to the National Security Council Secretariat (NSCS) after retiring from the Indian Army in May 2021.

In June, the government formally amended the rulebook to make retired officers of the rank of Lt Gen. or General eligible to be appointed as the next Chief of Defence Staff (CDS), given the exceptional circumstances after Gen. Rawat's death.

Like Gen Rawat, his successor too is from the Gorkha Rifles and has extensive experience in counter insurgency operations in Jammu and Kashmir and North East India. The officer was in charge of the Eastern Command when tensions peaked on the Line of Actual Control (LAC) with China, which included clashes in Sikkim and a massive build-up across Arunachal Pradesh.

The official release said he will function as the CDS till further notice and the officer is likely to have a tenure of a little under four years. Priority would be operationalisation of the new military theatre command concept that had been formulated by Gen. Rawat.

The position of Chief of Defence Staff was created by the government in 2019, to meet a long standing recommendation of the Kargil review committee report for single point military advice to the leadership. The biggest task entrusted to Gen Rawat was to reorganise the armed forces into integrated military commands, each of which would be tasked to a particular territory and would pool resources of the three armed forces.

After Gen. Rawat's demise, the government examined records of several serving and retired officers before coming up with a notification that amended the rules of appointment. The amended notification ruled out the appointment of all former Chiefs of Service as they have crossed the age benchmark of 62 years.

Reforms in the Armed Forces